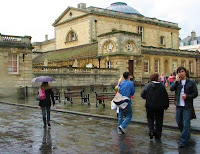 In 2008 Marie and I toured the British Isles. One of my favorite cities was Bath, England. Here are photos of our few hours there. I would love to go back someday. 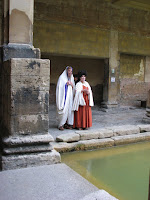 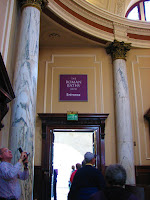 Immediately off the bus, we toured the Roman baths. 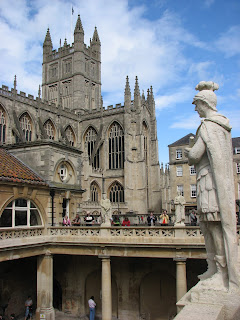 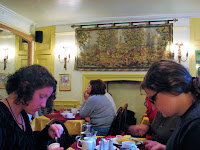 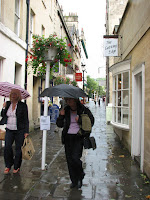 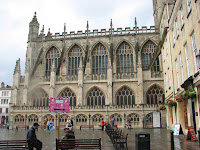 After exploring and a snack, I saw Bath Abbey. 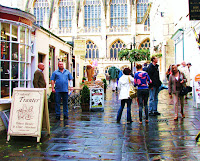 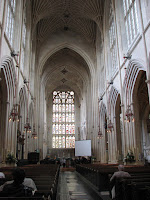 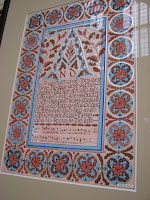 There I saw the stunning needlework and calligraphy of Sue Symons the Abbey owned.

Inspired by Bach's St Matthew Passion Sue Symons' work told the story of Jesus Christ from the Annunciation to the Assumption by her textile and calligraphy work combos. One panel illuminated biblical verse calligraphy and the other richly embellished textile art. These show what amazing modern creations can be done with ancient Celtic art inspirations.

Symons called this series One Mans Journey To Heaven. There's a book about them as well, which I of course bought. Cool Design Scrapbook archived blog has scanned images you may appreciate. 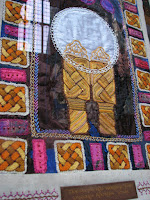 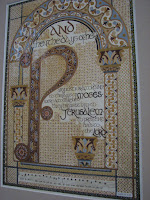 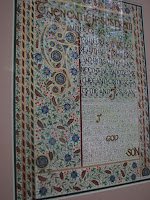 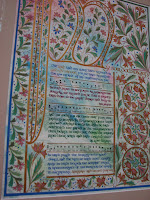 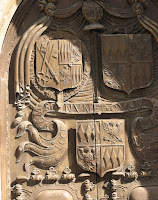 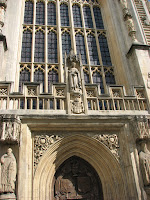 Then Bath was displaying artistically decorated pigs throughout the city. So I have pictures that include them. Each pig is decorated in a different way, by a different artist. They added color and modern interest to the ancient feel. 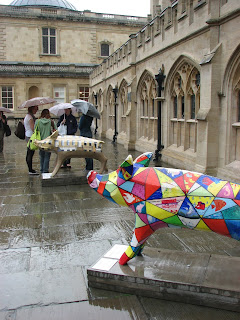 And brightened the dreary, rainy afternoon. 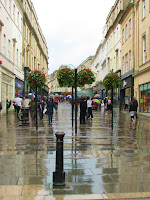 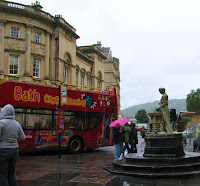 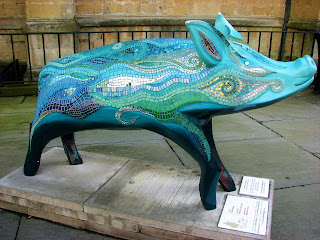 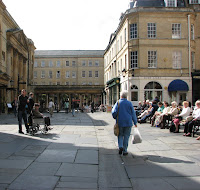 Someday I hope to return to Bath for more...a weekend or a week. It's beautiful, relaxing, and has more to see than one old Roman bath.


Posted by Sue G. at 7:30 AM
Email ThisBlogThis!Share to TwitterShare to FacebookShare to Pinterest
Labels: England, Vacation