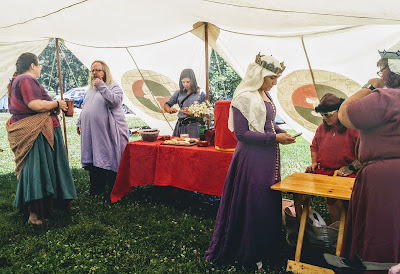 The Barony of the Lonely Tower held their quarterly revel and championship tournament last Sunday. It was the perfect weather, sunny with a slight breeze. As L. Aleit says, "An excuse to spend a beautiful day in the park with friends."
The weather was perfect for taking pictures, plus the organizers outdid themselves. They put up the Baronial sunshade, the Lonely Tower banners and many pennons. 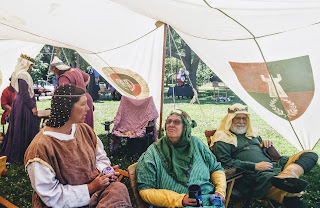 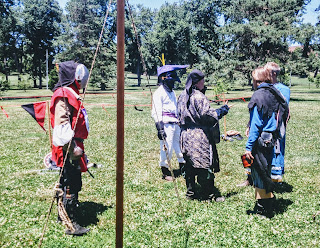 The Cut and Thrust Champion Tournament was the day's feature. It had four rapier style fighters Kahlil, William, Augustin, Caeran, and Rolf. Each outdoing the other for the Baronial Championship honor. 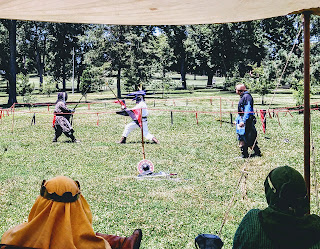 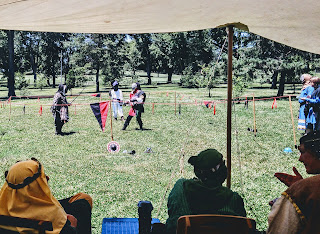 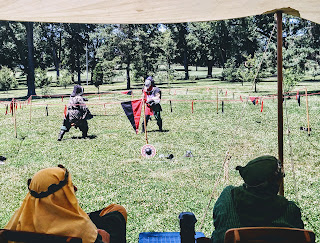 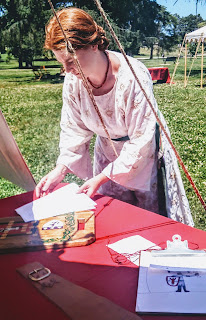 While the fighting was happening there was also an arts and sciences competition. The challenge was "Lonely Tower Patriotism". 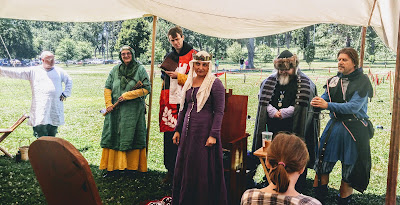 After the Cut and Thrust tourney, Baroness Gulia held court. She called all the rapier fighters to her presence. She praised all for increasing their numbers in the Barony and gave the winner his honor. All watched as their friends received recognition for jobs well done and honors deserved. 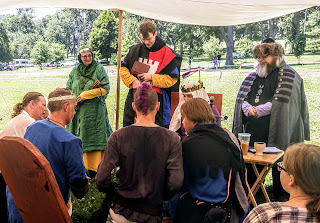 M. Rolf declared that in a tie-breaking round, HL Cearan emerged victorious over Baron Augustin to secure the title of Baronial Cut & Thrust Champion. His fancy mask made all the difference. 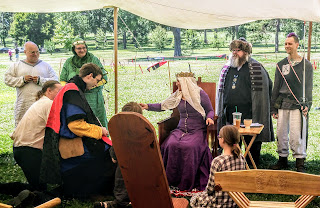 The Baroness requests the presence of the artisans. Lord William is announced as the winner with his painted game board entry. 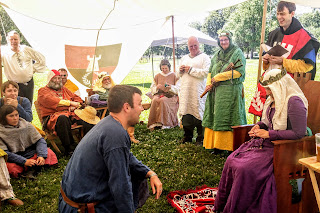 M'lord Oisin was welcomed formally into the Barony with the award of the Cord. The Cord is the Barony's select recognition of him as "one of us". 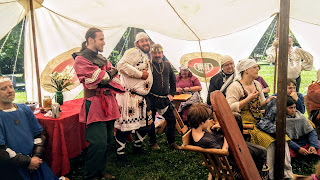 We were delighted to have visitors from the distant Baronies of Couer d'Ennui, Forgotten Sea, and Mag Mor. 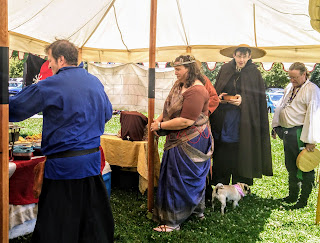 After court it's time to eat. The menu included sausage,
roast chicken, and additional potluck dishes.
A selection of homemade pickles made a tasty accent as side dishes. 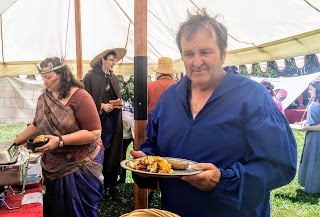 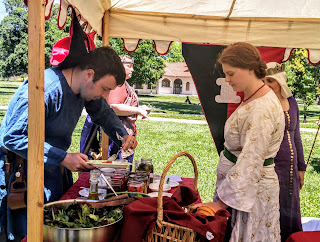 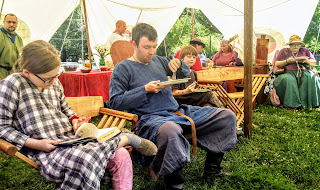 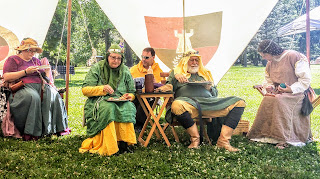 There was still time for the armored combatants to fight a tourney,
the first Gold & Cross Rattan Tourney. 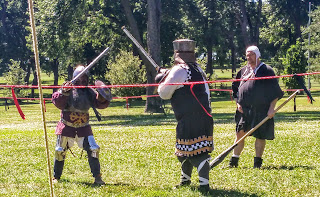 There were about eight armored fighters.
More fighters than I photographed. Sorry. 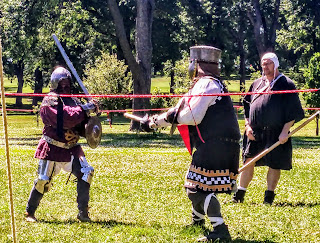 The festal Championship Revel was a bright spot in time after a week of cleaning and organizing Lilies camp gear and clothes. A wonderful sunny way to get outside and share fighting, heraldry, and crafting stories.  A big thank you is deserved by the many who helped make it all happen.